You might be reading a few articles on social media about boosting your immune system.  A more accurate phrase would be activating or supporting immune function. A holistic or naturopathic approach can be a great option to prepare your immune system for foreign invaders or disease-causing agents. This holistic or “Naturopathic Approach” is based on a few mechanisms involved in cellular physiology. The three major lines of defense against disease causing agents include:

Our first line of defense against foreign invaders is our physical barrier, which includes all areas of our body exposed to the outside world, primarily our skin and mucous membranes. Physical barriers prevent the invaders from entering our body and multiplying.

Macrophages can detect foreign invaders and engulf them, resulting in destruction of those foreign invaders. Thick of macrophages as many little “PAC-MANs” eating up these invaders.  When a macrophage encounters a bacteria, virus, fungi, or parasite, it will engulf or eat these inside a pouch called a phagosome. The phagosome is then taken inside the macrophage where it’s combined with a lysosome. Lysosomes contain strong enzymes and chemicals that will destroy these foreign invaders.

An antigen is a foreign substance that elicits an immune response. Antibodies are proteins produced in response to specific antigens and antibodies have unique protein structures that allow them to bind to antigens. Our bodies have five classes of antibodies: IgG, IgA, IgD, IgE, and IgM. IgM makes up the large majority of our antibodies. 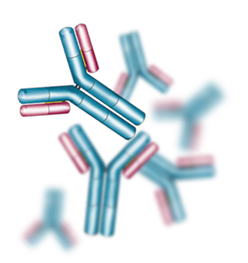 B cells produce antibodies that will bind to a given antigen, with one example being a protein on the surface of a virus. Once they attach to the antigen, the B cell will double in size and proliferate into two cells, which then proliferate again into four cells and so on. All of these new cells will have receptors on their surfaces that can recognize the antigen. It’s almost like the cells have radars for a specific disease causing agent.

Most of these new cells will also make antibodies and send them into the blood supply as quickly as possible. It’s important to note that antibodies don’t actually kill the antigen. They mark the antigen so our immune system can destroy them. You may remember from a basic science class that this mechanism is called opsonization. Opsonization is a process of coating or marking a particle with proteins to elicit an immune response.

During a viral attack, viruses enter our cells by binding to receptors on a cell’s surface.  Those receptors are not made for the virus, but the virus has learned to use it to its own advantage. Once inside the cell, the virus replicates itself and can infect neighboring cells. It infects neighboring cells by bursting out of the cell – sometimes killing it in the process – and entering neighbor cells. The virus can literally blow up our cells to infect other cells.

When the antigen has been destroyed, the B cells die as we can only have a finite number of B cells. This is a pretty impressive regulatory process that allows our body to focus on pathogens that are currently attacking us rather than pathogens from our past. We do store some of these B cells into memory cells just in case that specific antigen tries to attack again.

If the virus does make it inside the cell, the virus is safe from our antibodies and will be able to replicate itself. Don’t worry though, our immune system is amazing and has a solution. T cells are another component of our adaptive immune system. We have three types of T cells: Killer T cells, Helper T cells, and Regulatory T cells. The Killer T cell makes contact with its target cell and triggers it to self-destruct. Helper T cells secrete cytokines (proteins, peptides, or glycoproteins), which are known as signaling molecules that mediate immunity and inflammation. Regulatory T cells help regulate other T cells, but their full function isn’t well known. The Naturopathic Approach focuses mainly on Killer T cells because they are our most potent immune cell for fighting viral infections. 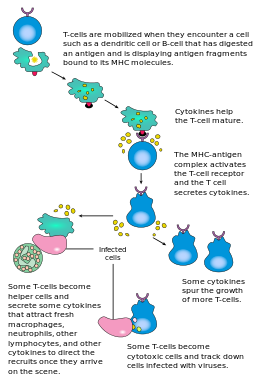 You might be asking yourself, how in the world does a killer T cell know which cell to target for destruction? Special proteins called major histocompatibility complex proteins present a portion of the virus to the Killer T cell. These complex proteins are located on the surface of most cells and they pretty much hold a giant sign saying, “I’m infected.” Killer T cells can easily locate these infected cells and destroy them. Helper T cells can recognize a different class of major histocompatibility proteins, which ultimately results in Helper T cells working with other immune cells to destroy the viral infected cell.

The Naturopathic Approach combines holistic healing with modern medicine. To truly apply this approach, one needs to fully understand the mechanisms involved in cellular physiology. The goal of this approach is to create a healthy environment inside the body to facilitate one’s own immune system to function optimally. This is usually done by identifying and removing barriers to good health and using protocols and nutrients to support specific mechanisms. 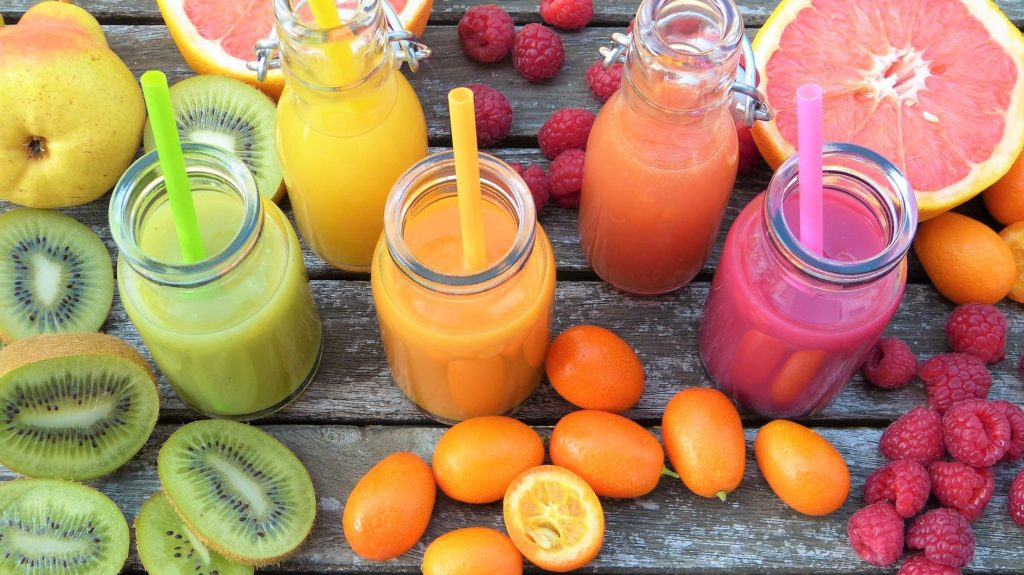 If you want to focus on optimizing your immune function, specific nutrients can aid your body’s own mechanisms for addressing disease–causing agents. Thousands of phytonutrients exist in nature and many can be beneficial for our immune system. While there are too many to list here, a few options include:

Coping with Uncertainty in Troubling Times

Kids and the Covid-19 Crisis

This site uses Akismet to reduce spam. Learn how your comment data is processed.